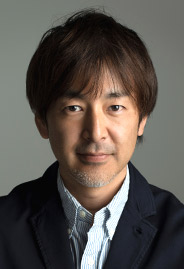 In 2001, Naoki began working for World Lab USA., the dental laboratory division of Tokushinkai Group, which is the largest dental corporation in Japan. Working as their master ceramist, Naoki would later serve as president of Ultimate Styles Dental Laboratory, the high-end division of World Lab USA. In March 2013.

Among other major accomplishments, are Naoki 's two publications, "A Diary -Through the Lens", published by Quintessence publishing in 2005 and "Past <<Future -Envision 77 Heart Beats -", published by Ishiyaku Publishing in 2010. Both publications are very
useful guides for dentists and technicians. He has also published over 30 articles, several of which are translated into nine languages published all over the world.

Currently Naoki works as a master ceramist and is the president of Ultimate Styles Dental Laboratory in Irvine, CA. In addition to his lab work, he conducts lectures & workshops all over the world. He shares his knowledge and skills by offering many hands
on workshops and teaches current trends in dental technology and treatment planning. He is also an international instructor and advisor for Kuraray Noritake Dental Inc., a dental supply company.

Furthermore, his journey has not ended yet; Naoki Hayashi is able to work with brilliant and extremely talented technicians that he deeply trusts and believes in to deliver and achieve the quality that he himself always strives for by spending all his effort to pass on as much knowledge and skill as possible from his own career experience. Hiroaki Tada graduated from Tokai Shika Iryo Dental school in 1995 and completed Advanced course in 1997.
Hiroaki worked side by side with dentists initially to gain more knowledge about clinical dentistry. Presently, Hiroaki is Vice President of Ultimate Styles dental laboratory, located in Irvine ,CA.
Hiroaki received Asano Juyuko MVP award in 2003 and S.J.C.D technician course special award in 2004 respectively. Hiroaki’s article was published in Japanese in 2006~2014.
Hiroaki specializes in ceramic work. Hiroaki continues to learn and share his knowledge by lecturing and offering hands on courses. Studied Dental Technology since 1974 and has an Associated Arts, CDT & MDT degree in Dental Technology Ceramics, Crown & Bridge Specialty. He has worked in Prominent Dental Laboratories in Beverly Hills and Newport Beach having work with High Profile Patient’s in Cosmetic Dentistry. He was Vice President of Gnasthostomatic Study Group at USC and also held several positions of offices including President for the California Dental Technological Association.